Hayden....My first sweet little baby that rocked my world.  So strange to me that he is 4 1/2 now.  I had no idea how fast time really does go by until I had kids.  I blinked and all the sudden he is so grown up and asking me, "are Pteranodon carnivores or omnivores?"  Uhh.. first of all, weren't you just learning to crawl?  And second...what is a Pteranadon? (It's the flying, birdish looking dinosaur, and I totally had to google how to spell it.)  On December 28, 2008 I had another name, Mommy. 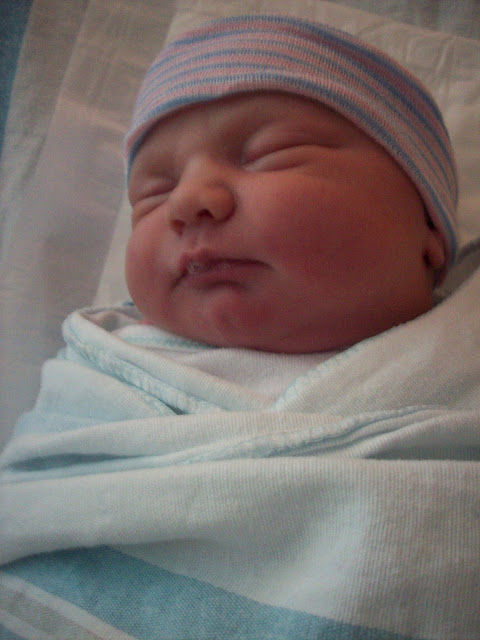 I was 22, so young, and head over heels in love with this little boy.  He taught Cory and I how to truly be unselfish, to give just a little bit more of ourselves when we were exhausted, and helped us turn to Heavenly Father for guidance and gratitude that we get to be his parents. 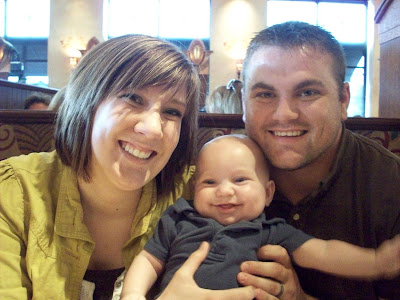 Hayden has an imagination that is always going.  I joke that Hayden lives in Imagination Land at least 85% of the day.  He has had multiple imaginary friends. The main ones being: 1: O-Y the puppy.  He carried him around on with his hand out. (all. day. long)  2: Scabby the Leprechaun.  Scabby lived with us for awhile and stayed in a "house" by his bed. He loves playing pretend.  The other day he was playing pirates with Cory.  Which Cory dives head first into Imagination Land with Hayden.  It is amazing, and it makes me love him more.  Anyway, Hayden was of course the Captain and Cory was his first mate.  I hear Hayden fake belly laugh and announce "Oh it was the pleasure of the Captain! Ha. Ha. Ha!"  What in the world?  Crazy kid.  No idea where he learned that. The things he pretends the most lately are pirates, robots and dinosaurs.  Even on the rare instances he is in time out he is still pretending.  Like when he is singing "What's that smell in the galley...?"

He also loves to learn.  Hayden has always been ridiculously smart.  That boy is a sponge.  He hears or learns something one time and it is forever categorized into his little brain and he will pull things out at will.  His memory is amazing.  He was dismissed from his speech preschool program at the end of last year.  Cory and I are so proud of him.  He worked and practiced so hard.  There are still a few sounds that need practicing but you would never know he had such a severe speech disorder and delay.  He has a whole year before Kindergarten. Hallelujah I am pretty happy about it since I am not ready for my buddy to leave me.  Especially when Kindergarten is all day here. He can write his full name, all his letters(upper and lower) and numbers.  Because he learned to speak learning the letters with their sounds he is starting to sound out words and spell.  He is learning basic math and loves learning facts about everything! Craziness I tell ya! I can't keep up with the kid.

He loves to draw and anything art related.  Play dough, painting, markers, color by number, all of it. 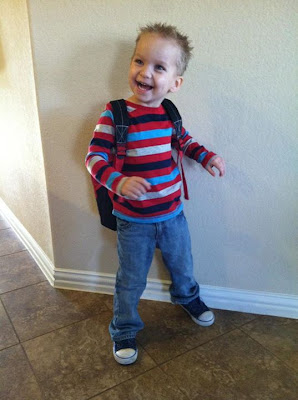 Hayden is the best big brother ever.  He loves his little sister.  Like, he LOOOOVES her.  I can't tell you how many times he hugs and kisses her throughout the day.  It has been amazing to watch him really grow up and become a big brother.  He takes the job and title very seriously.  He is super protective, and is a huge helper.  He is the best at getting giggles out of her and she adores him. 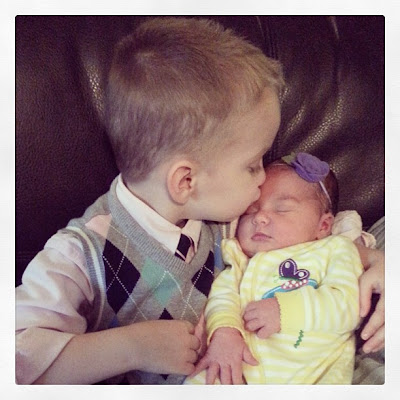 Hayden is super obedient and wants to make good choices.  He is so well mannered and polite.  Lately when he has made a mistake, like accidentally breaking something or spilling something... He is so apologetic and always says "sorry, what can I do to help."  I know some adults that can't do that, and he is apologizing for just spilling cheerios.  Cory and I have to be careful with his sweet and sometimes emotional little personality. 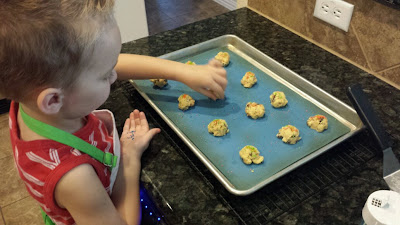 Hayden is the best helper.  He loves helping me cook or bake.  He helps with the laundry and vacuuming.  Which usually turns into a epic battle with the "monster." He is great at helping with his chores.  Picking up his toys and room.  Brushing his teeth and making his bed.  Getting dressed. Helping to fold towels. Helping with putting the silverware away and setting or cleaning up the table.  If there is a job to do Hayden always wants to help.  Especially if it involves Daddy and tools. 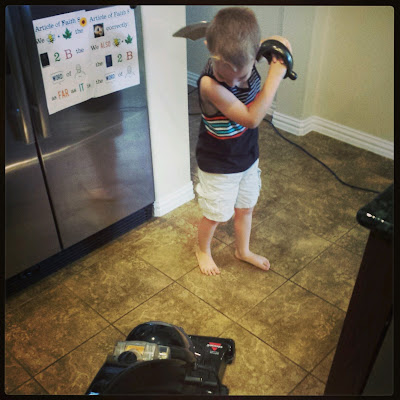 He says the funniest, off the wall things I have ever heard. It is also really important to him that he is funny.  And that others know how funny he is.  If I tell him how smart and handsome he is, he will always add "...and I'm funny."  Yup he's funny.  Really funny.  He loves telling knock knock jokes and making up other jokes on the spot. Cory and I laugh and laugh at some of the things he comes up with. 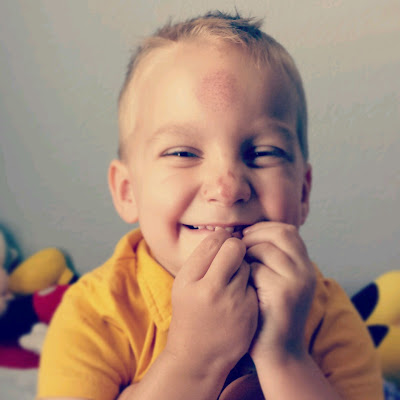 He loves snuggling, his little blue and white dog(still), playing with friends, wrestling and playing baseball with daddy, books, peanut butter, m&m's, breakfast for dinner, and family dates.  He loves big, plays hard, has a great imagination and sense of humor.  He is obedient, a good friend, kind, silly, and caring.
We love him so much and his fun, huge personality. 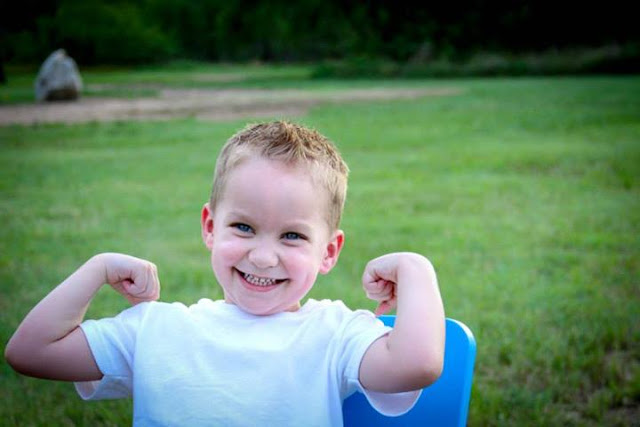 Soo sweet!! So glad you wrote this post!! I learned a lot about your cute son!! Your kids are seriously so adorable!!