In September we changed Hayden's bed into a "big boy bed." He was beyond! excited... I wanted to keep him in his crib for as long as possible. However I think Hayden caught on to that idea, and decided to find away OUT of his crib. Or attempt to anyway. He never made it all the way out but got super close. So to prevent a late night...or early morning... trip to the ER we did the old switcheroo with the crib rail.

One of the best things we ever did EVER! Maybe Hayd is a bit of a control freak like his mother..*cough** I mean.. dad? But he slept so so great in his bed! Bedtime went smoother than ever. I think he liked feeling like a "big boy."

I think the transition was more rough on me than him. I was sooo worried we would have issues with fighting him and putting him back into bed a million times. But he never ever had an issue. So my baby...isn't a baby :( boo hoo.. but fun at the same time :)

...of course we needed to help daddy with the tools of course. Because that's what men and men in training do right? attempt fixinging stuff.. :) 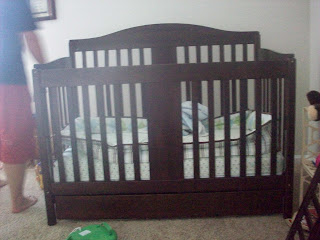 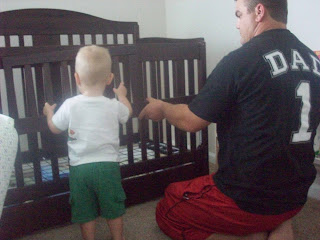 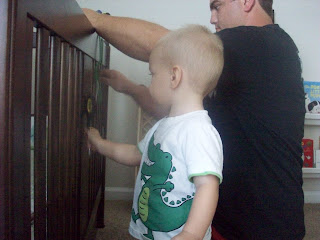 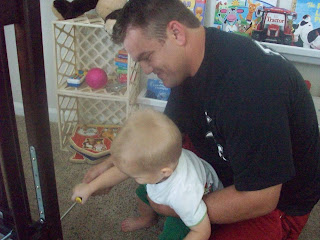 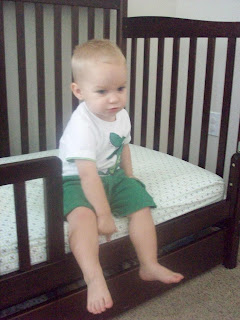 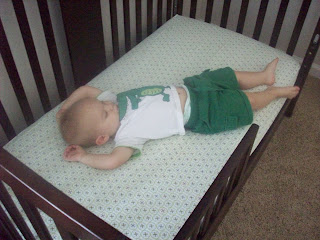 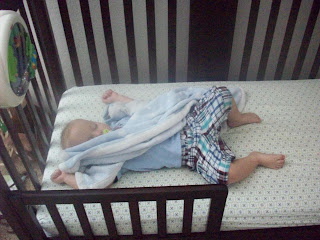 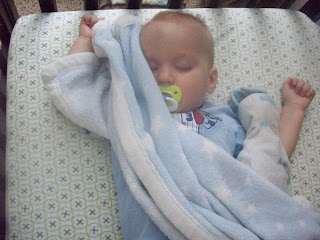 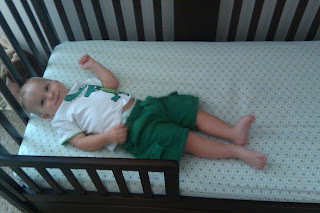 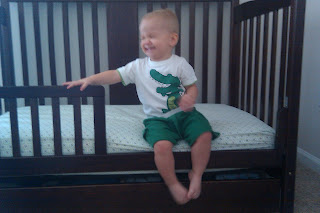 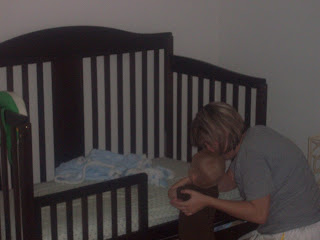 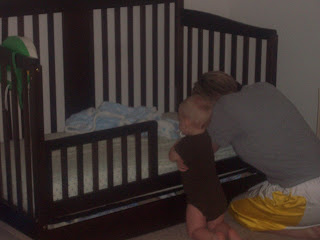 I looooooove that last picture! Too sweet